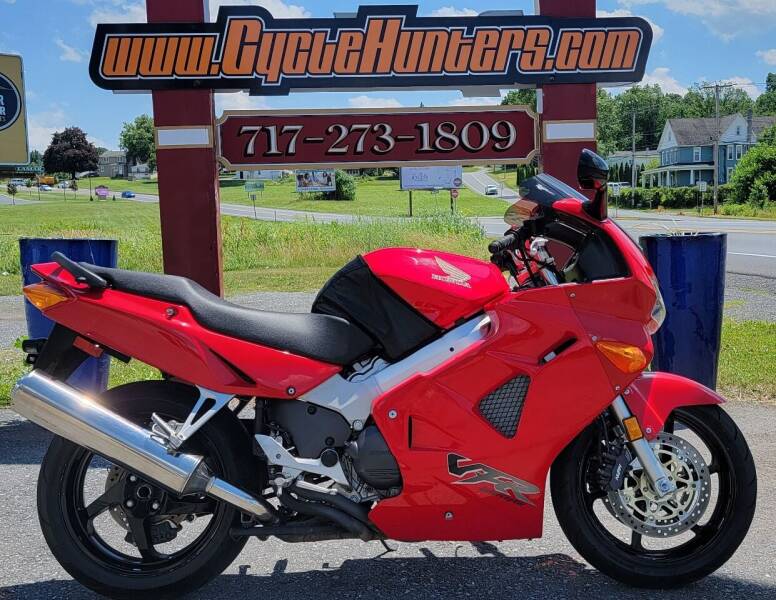 Honda’s VFR750/800 family of V4 sports-tourers are rightly considered motorcycle royalty for their peerless blend of refinement and real-world versatility and still make decent road bikes today. But with seven different models since the original’s launch in 1987 some, inevitably, are better than others. The preceding VFR750F, for example, as the last three-quarter litre version and last with carburettors, is still considered by many as also the last ‘true’ VFR. But after Honda updated the VFR again in 2002 with the hugely controversial V-TEC model, the VFR800Fi also started to be viewed as the last of the ‘pure’ VFRs and certainly less technologically awkward than the V-TEC bike. With very little to go wrong the VFR800Fi became the go-to bike when it came to a solid daily commuter with the potential for weekend fun. Today, with typical Honda quality and bulletproof mechanicals, it remains an in-demand used buy but is now more affordable than ever. So here is a survivor. A bike that no question is an instant hit no matter where you go. The sport touring is just an aspect of this great machine. Going through the twisties on this bike will invigorate anyone. The fifth-gen Honda VFR800 brought the model into the modern era with a bump in displacement (if not power), Y2K styling, amd the addition of fuel injection. This 1998 VFR is a first-year model from one of the best all-around bikes of all time – and Honda had the good sense to bring the “Interceptor” name back for it. Like all our bikes this will be fully serviced, inspected and detailed at the time you take delivery. See this and other great bikes at www.cyclehunters.com HaldemanAuto/cyclehunters.com 102 Old Ebenezer Rd Lebanon Pa, 17046 717-273-1809