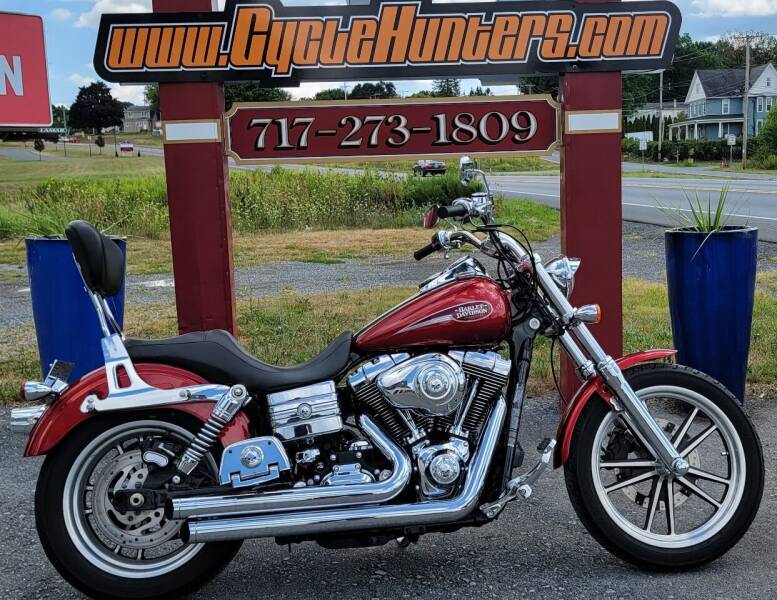 Here is one heck of a looker! Big dollar accessories, screaming Eagle Tuner and Vance and Hines exhaust. What sets the Low Rider apart from the rest of the Dyna models is the fact that it looks like the closest thing to a Sportster and it has the 1,584 cc engine so it gets the best of both worlds at no great expense. Destined to riders who simply can’t get enough of the Sportster style, but which crave for a healthier engine grunt and the benefits of a six-speed tranny, the Low Rider is one of those bikes that everyone ordered at a custom bike builder before Harley-Davidson introduced it. It’s all about meeting everyone’s demands and because the low rider style originated in owner’s garages and chop shops, Harley had no other choice than to give particular builders credit and start work from where these firsts originally arrived. This is how the 2009 Dyna Low Rider is pretty much reduced to its bare necessities while comfort, looks and performance stick to the American Company’s standards. The engine is the same Twin Cam 96 V-twin behind the Dyna lineup, one that is vibration isolated and exploited through a six-speed gearbox. Weighing 672 lbs, around 100 pounds more than the Sportster 1200 Low and benefiting of 92.00 ft. lbs. of torque at 3,000 rpm instead of only 79.00 ft. lbs. of torque 4,000 rpm on the Sportster, the Low Rider is indeed a step further, but no dramatic one as the engine is less of a revver compared to the Sportster. With the bikes low center of gravity it is one of the nicest rides out there for a large HD. This bike also has the passenger backrest for those passengers who crave the high back comfort. This bike like all our bikes will be fully serviced, inspected and detailed at the time you take delivery. See this and other great deals at www.cyclehunters.com HaldemanAuto/cyclehunters.com 102 Old Ebenezer Rd Lebanon Pa, 17046 717-273-1809